We use cookies to make your experience better. To comply with the new e-Privacy directive, we need to ask for your consent to set the cookies. Learn more.

Free Shipping on all orders over £50

The World Health Organisation (WHO) recommends the use of disinfectants on hard surfaces and hand sanitisers. But what makes a good disinfectant and which ones are the most effective? 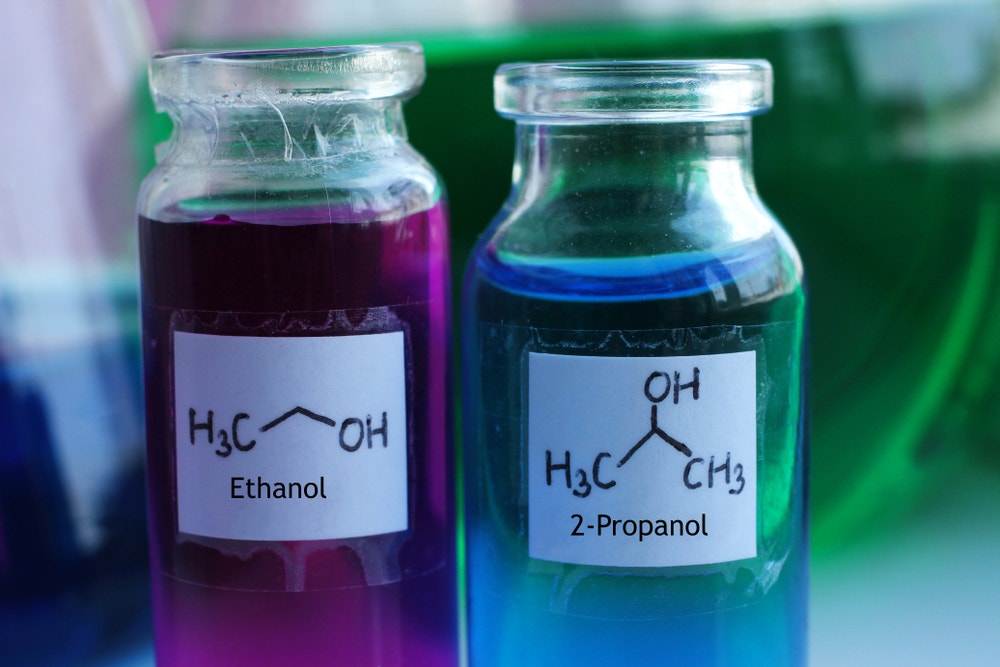 The World Health Organisation (WHO) recommends the use of disinfectants on hard surfaces and hand sanitisers. But what makes a good disinfectant and which ones are the most effective?


The formulations that offer the best results are alcohol-based disinfectants. We use Ethanol and Isopropanol (IPA) in our hand sanitiser formulations. These proven formulas effectively destroy many types of bacterial cells on your hands and on hard surfaces.


These two alcohols are equally effective when it comes to killing bacteria, but what are the differences, and which one should you buy?


We have compiled a handy list of the 5 main differences between Ethanol and IPA:


There are two main processes for the manufacture of Ethanol: the fermentation of carbohydrates (the method used for alcoholic beverages) and the hydration of Ethanol. Hydration is achieved by passing a mixture of ethylene and a large excess of steam at high temperature and pressure over an acidic catalyst.


IPA was the first commercial synthetic alcohol; chemists in the US first produced it in 1920 while studying petroleum by-products. Nowadays, IPA is easily synthesised from the reaction of propylene with sulfuric acid, followed by hydrolysis.


IPA is mixed with water for use as a rubbing alcohol antiseptic and often found in aftershave lotions, hand lotions and other cosmetics. Ethanol can also be used a substitute for these products, but IPA is preferred due to its higher concentration rate. Ethanol’s primary use, beyond its sanitising properties, is as the intoxicating ingredient in alcoholic beverages such as beer, wine and distilled spirits. It is worth pointing out however that here Ethanol is being used in a very different environment and is not for consumption.


There are studies suggesting that IPA is a more suitable formula for liquid sanitising solutions than Ethanol, for example in our 30ml liquid sprays. Whereas Ethanol’s chemical composition is better adapted for more viscous hand rub formulas. This may well be true, but it is primarily a manufacturing preference when it comes to mixing solutions and there is no evidence to suggest that Ethanol in a liquid formulation is any less effective than IPA. In any case, we offer both!

Welcome to our Blog!